Having worked 15 years on Wall Street providing technology solutions to Investment Banks and five years in the Asia Pacific region heading the financial markets practice for a global technology services company, I decided to change my life track from a “life of business” to the “business of life.”

I had tasted the success of corporate life and was content with self-achievement, so the time was right to focus on self-fulfillment. I returned to India, the country where I was born and educated to launch a scalable and sustainable social impact initiative to fully leverage my experience and expertise.

Soon after my return, I found the Business Process Outsourcing (BPO) industry in India to be characterized by a poor quality of life for most employees, especially those coming from nearby small towns or villages. In order to find employment, job seekers would travel to urban areas, often leaving their families behind. Yet, they yearned for an opportunity to have jobs where their families lived, in the villages where they were born.

Armed with the knowledge of the problem, in 2009, I decided to launch RuralShores, a social enterprise that creates BPO job opportunities for rural youth in India. After three years of hard work and many challenges, RuralShores expanded to have 16 centers across nine states in India, employing more than 4,000 rural youth on a full-time basis with full employee benefits. These young workers process 50+ million transactions annually, for more than 25 marquee clients across four continents. Since its inception, RuralShores has provided a professional career path to nearly 10,000 youth. We are today, the world’s largest impact sourcing services provider.

RuralShores’ success has been noted throughout the world in studies by the Rockefeller Foundation, Harvard and Oxford Universities, in articles appearing in the Wall Street Journal and the New York Times, and featured most recently at a conference on Impact Sourcing at the Vatican.

RuralShores was successful. Yet, while I was content and happy and was truly living my ideology of creating positive change, I knew I had to do more. This yearning came mostly from the fact that while I was born in India and spent my initial formative years there, it was the United States that had provided me my first job and thereby an opportunity to create wealth for my family. If India was my motherland, I came to consider the U.S. my homeland. Since RuralShores was running like a smooth machine with stable client relationships and efficiently managed by a talented leadership team, I decided to return to the United States to replicate the success of RuralShores.

To accomplish this goal, I first enlisted a group of socially minded, successful entrepreneurs who, like me, were captivated by the idea of importing the successful RuralShores model to the U.S. to address the unemployment problem in underserved American communities. We knew very clearly, and very early on, that we wanted to create job opportunities for not just opportunity youth, but also for veterans and young adults in the country’s depressed rural communities.

We chose San Jose, in the heart of the Silicon Valley to be our American headquarters due to our familiarity with the region’s demographics and geography. The location was advantageous since it is home to some of the most entrepreneurial and creative minds in the world, including several people who would join our Board of Directors and Advisory Board. In San Jose, innovation and entrepreneurship converge and, at the same time, large numbers of opportunity youth reside in the area, allowing us to create a presence in the community that would have a beneficial social impact.

In 2017, we launched PeopleShores PBC , in San Jose, a social enterprise with a mission to empower talented and disadvantaged opportunity youth by providing them skills-based training and career growth opportunities as part of our full-time workforce. PeopleShores is structured as a Public Benefit Corporation, with our social agenda incorporated into our articles of association.

Founding and growth in San Jose

While Silicon Valley is known as an affluent epicenter of innovation and wealth to most, it is also home to 20,000 disconnected youth, as of 2017. These young adults are disconnected from education and employment and struggle with poverty, lack of a supportive family systems and often inadequate social skills. Despite these problems, many are highly self-motivated and possess enormous untapped talent. They seek a chance to transcend their barriers and seize opportunities that can put them on a track to success. In late 2017, PeopleShores set up its first center in North San Jose to serve more than 20,000 opportunity youth. Some of our employees came from backgrounds marked by homelessness, domestic abuse, autism spectrum disorders, and refugee status. Gradually, we watched lives be transformed, as employees became increasingly skilled with technologies such as Robotics Process Automation, AI/Machine Learning and able to provide these services to PeopleShores’ clients. Many of our employees began to aspire to leadership roles and strive for professional growth. Lives that were once focused on survival and subsistence turned toward empathy and ambition.

After the establishment of our San Jose center, we began to explore other regions of the country that might benefit from our company and our mission. I first heard of Clarksdale when Jon Levingston, the Executive Director of the Coahoma County Economic Development Authority, visited our San Jose office and asked us to locate a center in the Mississippi Delta.
Clarksdale, Mississippi, is known as the birthplace of Blues. The city is part of the Mississippi Delta. There, generations of families are mired in severe economic stress and the associated emotional stress, placing them at a severe disadvantage. The solution to these deep-rooted challenges is often said to be education and jobs. Unfortunately, while many government and philanthropic programs have been introduced to alleviate these conditions, there has been little success. Yet, there are thousands of aspiring young adults seeking an opportunity to get onto a professional track. This area seemed to me to be an ideal place to locate our second U.S. center.

After several months of courtship, which included visits by Jon to San Jose and India to see the RuralShores model in practice and many visits by the PeopleShores team to Clarksdale, we announced, in December of 2018, that PeopleShores would locate their second US center in Clarksdale. During the the announcement celebration, Mitzi Woods, executive director of the Delta Workforce Development Area, approached Jon and said, “I know it’s the holiday season, but we had better get to work putting together a jobs fair. PeopleShores wants to get started in one month, and we better start finding them some employees!”

So, on a cold and rainy winter day, they held a job fair. We thought maybe 35 people would show up. There were closer to 200. Of those who attended the job fair, 26 were hired for our first cohort. Mitzi called me halfway through the initial 60-day internship program that began in January. She asked me, “Of the people who began the class, how many were left?” When I told her all of them, she could hardly believe it. She expected that roughly half would have dropped out.
I think the completion rate was so high because, in part, these individuals were treated with respect and decency. PeopleShores held them to a high standard and, through positive affirmation, they had risen to those expectations. Additionally, the cohort was provided with a combination of intensive essential skills training, enhanced by a genuine regard for each person’s inherent abilities and qualities. As a result, every one of the first 24 have now been certified for advanced Robotic Process Automation by Automation Anywhere, a global leader in RPA Technology.
Today, we have nearly 80 associates in Clarksdale performing various tasks for our customers, including bot design and development, AI/ML augmentation, and unemployment claim processing. And, we plan for that number to increase. 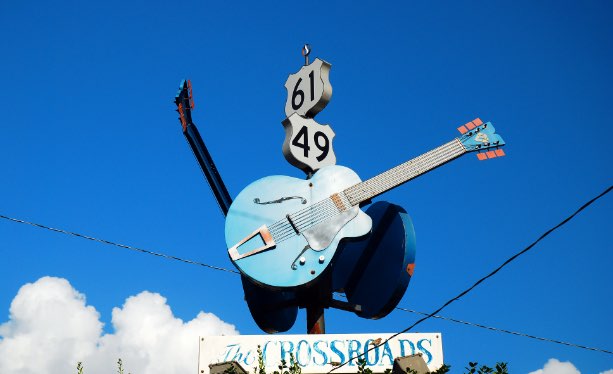 Our hearts are gratified by the initial success we are experiencing, but it is not enough. There are thousands more individuals longing for an opportunity that PeopleShores can give, and it is going to be our focus to give them this chance. Our dream is to provide sustainable, professional career paths to thousands of opportunity youth across dozens of centers spread across the United States.

We are grateful for what we have achieved so far, but stay hungry for more. If what we have set out to do inspires you, and if you would like to know more, my team and I would love to hear more from you. My dream for the opportunity youth of America has started with a few of us, but it can only come to fruition if all of you join the mission!