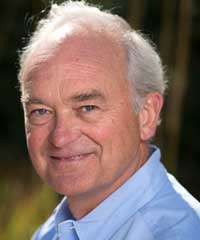 For the past several years, John has been Director of Impact Capital at Santa Clara’s Miller Center for Social Entrepreneurship and has also been a mentor to social entrepreneurs at the Global Social Benefit Accelerator.  In 2011 he authored a report on impact investing entitled Coordinating Impact Capital: a New Approach to Investing in Small and Growing Businesses, co-authored a chapter on equity investing in New Frontiers of Philanthropy (Oxford Press-2014), and recently published a study on Total Portfolio Activation for Impact (Miller Center-2016).  He is now pioneering a new investment vehicle – the Variable Payment Obligation – that presents investors with a ‘structured exit’ alternative to equity.  In addition, he is co-founder of Toniic, a syndication network of impact investors. John manages investments through Redleaf Venture Management, a venture capital operating company founded in 1993.  John’s earlier background includes twenty years of executive level positions at Hewlett Packard, Silicon Graphics, Convergent Technologies and Unisys.  He was one of the founding executives at Netscape Communications. He led investments at AdRelevance (JMXI), Mosaic Communications (TWX), NetGravity (DCLK), RedCreek Communications (SNWL), and Wireless Online.  John serves as a board member at PACT, an NGO based in Washington D.C., and on Pact’s microfinance company in Myanmar.  He received his bachelor’s degree concentrating in international economics from UCLA and completed executive programs at Wharton and Stanford business schools. Over the last 15 years, he was a managing member of the UCLA Venture Capital Fund and currently advises ACDI/VOCA’s impact fund and USAID. Other recent advisory roles include the Vatican Impact Investing Conference and Catholic Relief Services.